Do not wait for the danger signal to beep...Just give it up before it gets too late.
I started smoking when I was just 19 years of age. It all started with me trying to impress those around me and it was just “cool”. I always felt that I was giving to others and to myself feeling of having grown up. Before I realized what I was walking into, I had reached a stage when I used to consume almost 40 cigarettes a day. It was all about living life king-size. Most of the boys follow almost the same pattern and end up being addicted.
I gave up smoking since I started receiving danger signal
It is so simple starting smoking but is extremely difficult giving it up which is applicable to every bad habit .Tobacco contains highly addictive nicotine .Stastically, 90% of smokers started before they were 18 yrs of age. Smoking is bad for your health. Smoking harms nearly every organ of the body. Cigarette smoking causes 87 percent of lung cancer deaths. It is also responsible for many other cancers and health problems. These include lung disease, heart and blood vessel disease, stroke and cataracts. Women who smoke have a greater chance of certain pregnancy problems or having a baby die from sudden infant death syndrome (SIDS). Your smoke is also bad for other people - they breathe in your smoke second hand and can get many of the same problems as smokers do……( NIH: National Cancer Institution)

In the last ten years of rule by appeasement and many more reasons, there are suspicious demographic changes taking place in India. In Kaliyug, it is to distinguish between Rajtantra and Rajshadyantra. Kingdoms topple on this. Shakuni did not know this but Krishna did (said Swamy via twitter).

It’s official. Hindu population share dips below 80%. Chew on that for a moment.

While the Hindu decadal growth in India was 14.5%, Muslim decadal population growth is 24% in India, 20% in Pakistan and 14% in Bangladesh.

As the Muslim population grows in Assam, it might inch closer to "Beirut effect" demographic tipping point.

Babar came into India with less than 11000 soldiers and the rule lasted for four centuries.

Prithviraj Chauhan had defeated Ghauri and allowed him to leave.Ghauri came back with a bigger army soon thereafter and defeated Prithviraj.

We might soon be proving The Oxford English Dictionary wrong which defines ‘Nation’ as “a large group of people sharing the same culture, language or history, and inhabiting a particular state”.

Wall Steer Journal has written about growth of Muslim population in India over Hindus.

Please look at the two pictures here .Both these speak volumes. 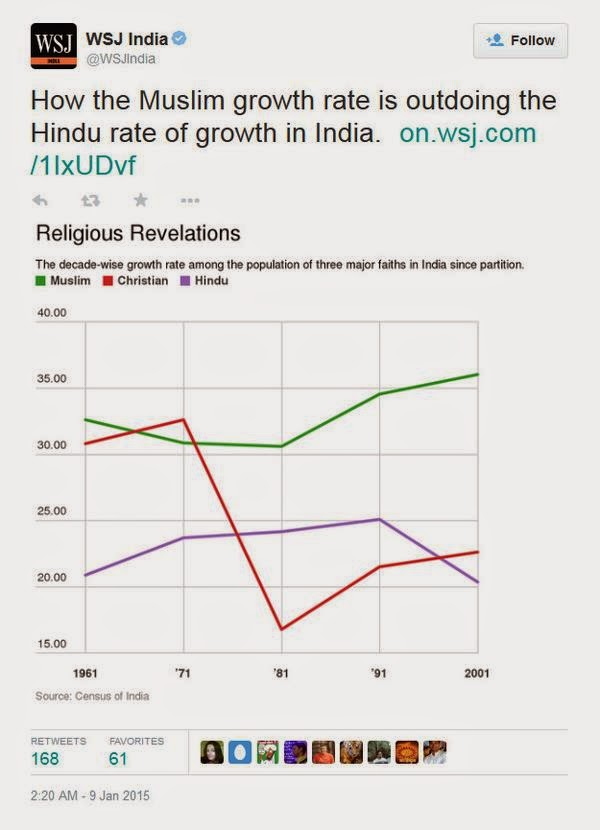 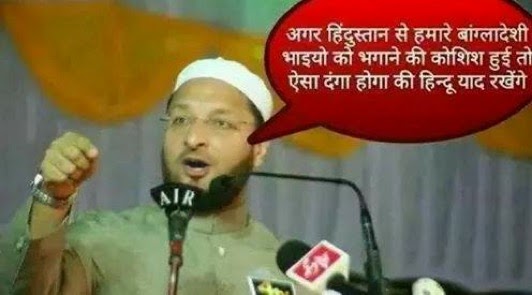