We are about to enter 70th year of Independence.
Night of 14th August 1947!!!!!'
Union Jack was removed.
Indian Tricolor was hoisted.
British dynasty was removed.
Nehru- Gandhi dynasty took over.(Pheww)
And we remained colonial India.
We are still living with a colonial mind set.

We presented annual budget in parliament at 5 pm to suit noon time in England.
We still address judicial authority as My Lord.
We still wear black coat while appearing in court.
We have separate VIP entry at places like airports as in British days.
We have routes, like in British days, where traffic has to stop till they go past.
Typically, at home, at work and in our society we successfully practice divide and rule policy as did the British. Look around and see how well they have divided us on caste, religion and region. Whatever was left of it has been accomplished by congress in sixty years.
Concept of BAKSHISH (Refined word for corruption) was started by British. We are now experts in corruption.
British looted India and its natural resources...Naive are those who need to be told who looted India after British left.
Bureaucracy is exactly as it was before 1947, except ICS was re named IAS who plays Golf during working hours and Delhi Gymkhana serves good lunch. Bureaucrat was and is addressed as” Civil Servant” (?)
It’s an irony that a civilian Defense secretary is administrative head of 1.2 million armed forces. Armed Forces follow British ranking system. Bureaucrat decides on the pay scales of the men in uniform as was the case in British Raj days since  they didn't trust Army.
British gave away land to church thus making it largest owner of non agricultural land in India. To acquire that land, we look so helpless even after almost a century since land was given.
We  have Roads, buildings and institutions  still named after the British. (Except ones named after Nehru-Gandhi)
Missionary schools still do not recite national anthem.
We still use IPC 1860 which as drafted to suppress Indians after 1857 revolt.
We still use Raisina Hills as center for our government.
We use British English and not American English for communication.
We consider fair complexion as beautiful and dark complexion as ugly.
We have allowed our elected ones to be masters and us as subjects.
We expect our driver and peon to salute us.
We address our domestic help as servant.

Why else did we say  ...”.HUM ANGREZON KE ZAMANEY KE JAILOR HAIN” (SHOLEY)

Fortunately, We, as a nation have remained civil.......British had put up a notice saying INDIANS AND DOGS NOT ALLOWED…….We never use such phrase even for our enemies.

As we look at ourselves, we have become more British than the British themselves. 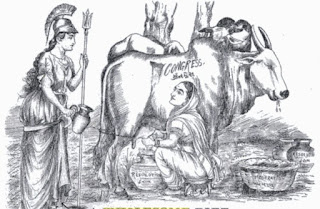 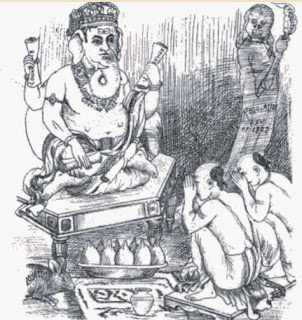 You are absolutely correct. I don't know why we HAVE to follow these British practices. Here is my pet peeve. Just because someone has passed one entrance exam and joined IAS, does it make that person expert in everything?

Are we really free?

such a shame.. we still living in a false pretence, when will the common man know and wake up...

We need bhagat singh sardar to come and fight for us again .. because we the PEOPLE are obviously not brave enough to do it

Thanks for supporting your time to post such an interesting & useful content.Thank you so much, I appreciate your work.
Portfolio Advisory Services

They concentrate on articulated toys and fashions, with pop culture motifs like robots. The quality of the designs themselves is excellent; while overwhelming majority of} them you will have to|you'll have to} purchase, there's a download space with free STL recordsdata to download and “try earlier than you buy”. Thangs features a modern interface and provides immediate entry to thousands of publicly available STL 3D printer recordsdata. The web site additionally routinely options popular STL recordsdata and trending searches so one can simply discover new STL precision machining recordsdata much like how a group pushed web site would function. Free3D does not natively present assist for STL recordsdata, however the principle web page options an OBJ filtered search button. Instructables is run by AutoDesk, Inc. as a how-to web site for makers of all backgrounds, together with 3D printing.